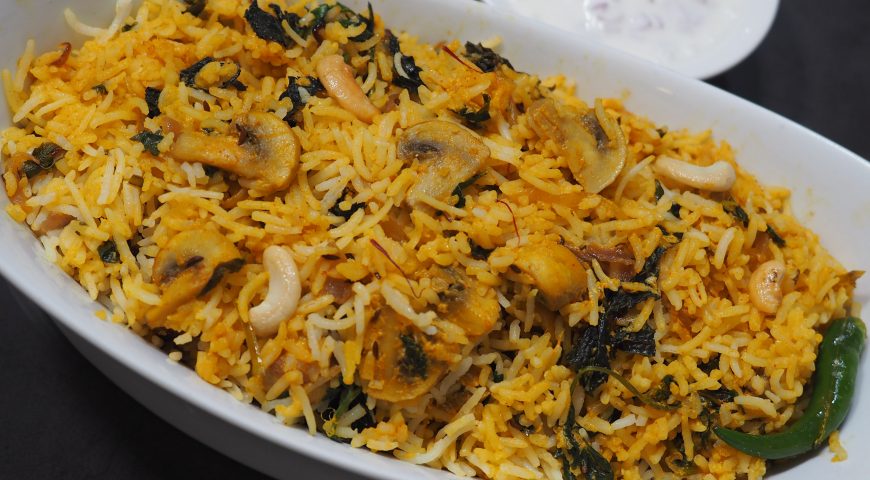 Biryani recipe | Mushroom Dum Biryani, It is a super delicious, fragrance rich tastiest food, loved by most people. Making mushroom dum Biryani involves four exclusive steps, might give you feel like an extended process, but the taste of the outcome beats all the tiredness we went through. and also this biryani gives you the flavor of the restaurant biryani.

while layering the for dum, keep all the ingredients ready at your sides to avoid missing ingredients 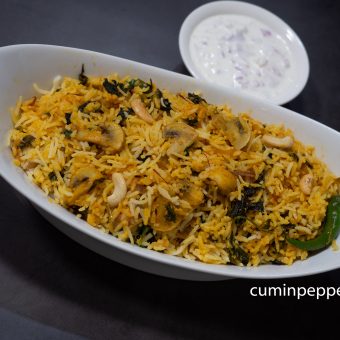 mushroom dum Biryani is nicely pairs with salna or raita

Some more information about Mushrooms:

Look for the mushrooms of plump, and firm and also, with its original color. Avoid wrinkled and also shrank one

Just rinse the mushroom as you do to other veggies, wipe off the moisture before you cook. (because mushroom will ooze out water while cooking, mostly that water is enough to cook it)

To keep the mushrooms fresh for long, keep it in a closed paper bag, and also it must be loosely packed

Keep it in the refrigerator always.

while chopping, do not chop it finely, because after cooked mushroom size reduced into half, so go for medium-sized pieces when it comes to mushroom.