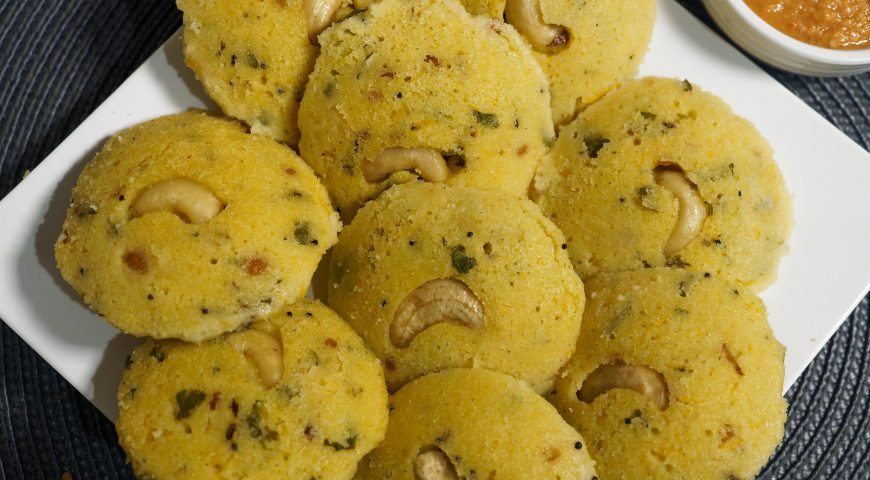 rava idli recipe | rava idli | sooji idli is a soft, fluffy, spice mixed flavored idlis. This can be prepared for breakfast as well as at dinner. And also, we can prepare this idli in a few minutes, It is an instant idli recipe. Roasted rava/ sooji is mixed with curd, spices, and eno salt or baking soda. All together gives you soft, woolly idlis.

Adding turmeric powder, or carrot decides the colour of the idli. But in olden days, rava idli would be usually white in color which means they prepared it without adding turmeric or carrot.

coconut chutney, sambar, tomato chutney will be good combination for this idli

Let us get into the recipe of rava idli:

🌷roasting the rava: In this rava idli recipe, roast the rava in medium flame for about 5 minutes or until it turns nice fragrant, It must look like dry sand.

🌷 For roasting rava, we can add ghee, sesame oil, groundnut oil, or any oil of your choicefor rava idli recipe, Idli batter must not be too runny or not too thick, It must be medium thick, If you follow the water, curd ratio given in the recipe Idli will turn out perfect, Runny batter gives sticky idli, thick batter giver dry idli, so the batter needs to be medium thick

🌷 After putting the Eno fruit salt, don’t wait for any longer, just pour the batter into the idli plate and steam cook

🌷 Instead of Eno fruit salt, you can add a pinch of baking soda

🌷 Adding curd: better go for non-sour curd, because sour curd leaves the smell in the idli. so comparatively non-sour curd is a better option

Along with rava idli recipe, Also, check out