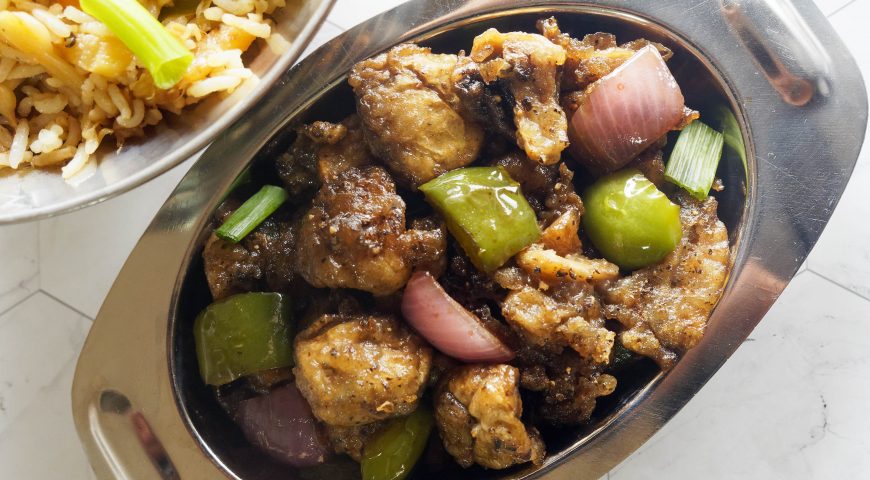 mushroom recipe | Chinese mushroom pepper fry is a good side dish for fried rice, noodles or we can use it as a starter for lunch or dinner. It is a restaurant-styled mushroom pepper fry recipe. Sometimes I will use this recipe for my kid’s after-school snack because she likes mushrooms 🍄 in any form. I will use this dish as a side dish for some pulao like peas pulao and coconut milk pulao too. This recipe is basically fried mushroom then tossed with onion, garlic, and soya sauce later on. Finally, black pepper powder sprinkled over the mushroom dish. I used 1/4 tsp of pepper powder, This amount is quite moderate and also we can serve kids without any hesitation. But you want it to be more peppery you can add 1/2 tsp, 1 tsp, or up to 2 tsp based on your taste.

There are two major steps involved in this recipe, one is deep frying the flour-coated mushroom, then stir-fried it with onion garlic, and capsicum. Barely fried mushrooms would be dry, but this dish will be slightly juicy. As it is along with capsicum and onions, and it will be crunchy too. Usually, mushrooms are the alternative for non-veg as it tastes almost same to non-veg. there are some mushroom recipes in the blog you can try. Mushroomdum biryani, mushroom kulambu.

Mushroom is a good source of plant-based Vitamin D, calcium, iron, and potassium. For those who are living in the region of less sunlight exposure, Mushrooms would be a good choice for intaking Vitamin D. And it has more anti-oxidants protects us from many diseases, and helps for our well being. 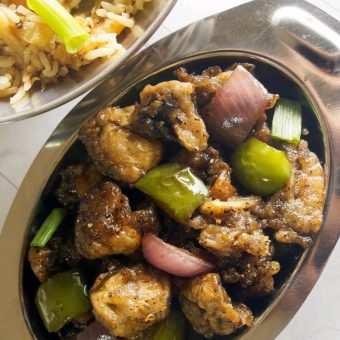