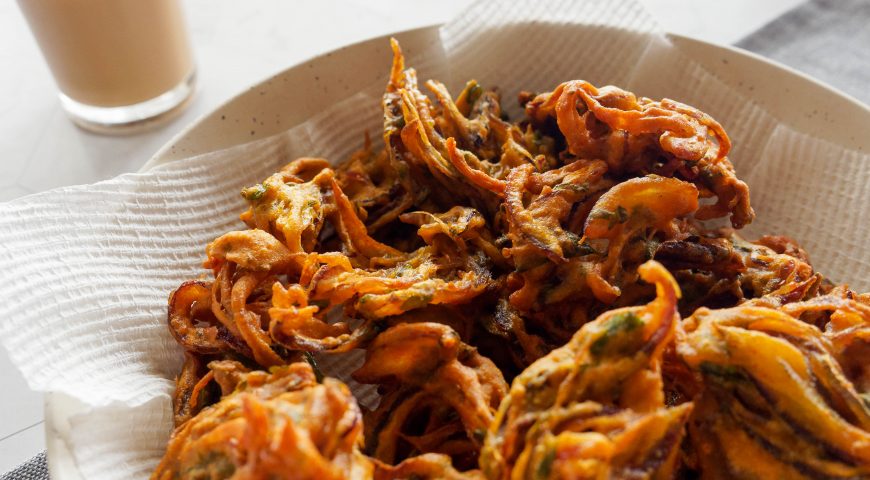 yummy snack recipe | onion pakoda recipe spicy, crunchy onion pakoda would be a good evening snack, usually, pakoda must be crunchy rather than soft like other bonda varieties. Here we are using the water content of onion to mix up the flour, slightly we are add in little water at the end to make the dough a little flexy. It is street food, and also an all-time snack in tea shops in the southern part of India. Also in northern India, This pakoda is served with some green chutney in restaurants and in tea shops. This pakoda (yummy snack recipe | onion pakoda recipe) with tea is a classic combination and also most of our favorite ones.

These fritters are really good served with simple tea/ coffee. The smell of the deep-fried onion increases our craving to have more. It is an easy and instant snack recipe, we can make it instantly whenever we want with the available onions at home. Try this, and let me know your experience in the comments section. 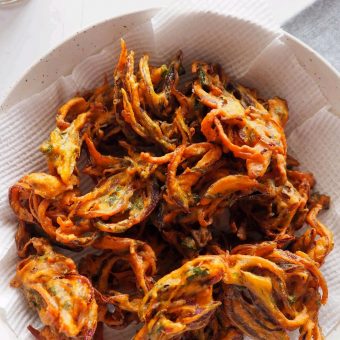 Now the onion pakoda is ready to serve.

Along with yummy snack recipe | onion pakoda recipe, also check out other evening snacks recipe in the blog,