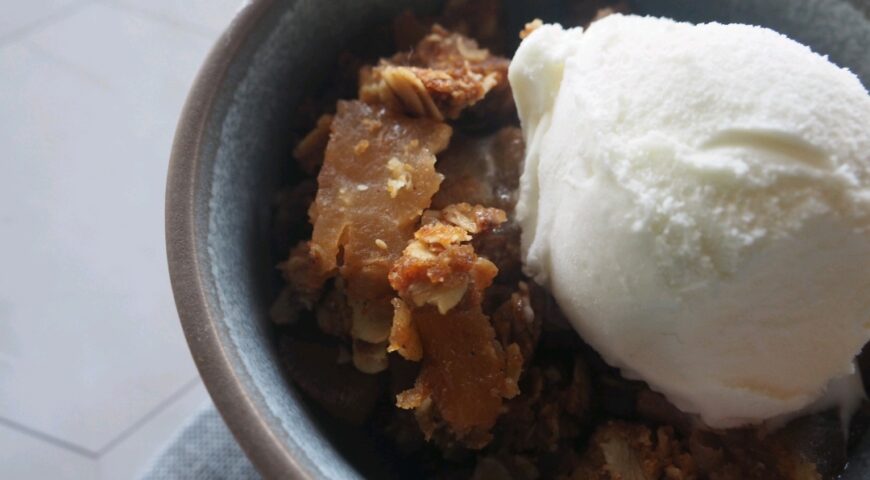 Apple crumble recipe with oats, apple crumble with wheat flour, and oats are healthy ways of making dessert. we can use either green apple or crunchy red apple for this recipe. this recipe involves just mixing ingredients with the right quantity and place them in the oven to bake until the ingredients become crisp at the topmost layer. Overall it is a healthy and less sweetened, cinnamon-spiced nice dessert. Mostly it is liked by all age group of people. Serving with a scoop of vanilla ice cream makes the apple crumble dessert more delicious.

Let us see how to make Apple crumble recipe with oats 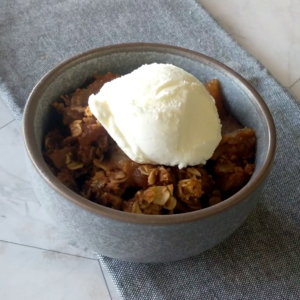 Also, check out other dessert recipes in the blog,